You are at:Home»Publicistika»Rozhovory»Jose Cura: I have never been this mask, but the man behind it
Peter Bleha | 17. septembra 2015 Rozhovory, Sezóna 2015/2016

The interview with José Cura was being arranged during his stay in China. Since social networks and partly internet itself are blocked in the country of the heavenly dragon, the activity on the singer´s facebook page ceased as well during his time there. He used it again to communicate with his followers on Tuesday, by the time when he flew back to Europe. José Cura is a singer, conductor, scenographer and director all in one, nevertheless, he also used to work with wood as a craftsman. In his own words, when he came from Argentina to Europe he had not considered a singing career – his ambition was merely to make a living. The career, somehow, came along.

,,I am not a tenor that conducts, but a conductor who sings.” – he often proclaimas about himself, hinting that his original profession is actually conducting.

Mr. Cura, you are coming to Slovakia to perform Canio in Leoncavallo’s Pagliacci. Do you remember your very first encounter with this opera?

Yes. It was in 1995 for a televised concert with the Concertgebouw Orchestra. Since then, and up to date, I have performed Canio some 150 times, more or less, having also designed the set and directed the opera.

José Cura as a set designer

Your conducting career commenced 15 years earlier than the take-off of your singing career. You often speak of the starting point of your singing career as rather unfortunate as you had very bad vocal coaches (teachers) who had a very bad technique and some of their instruction even lead to damaging your voice. Due to this you were forced to abandon singing for a period of time. Not a way to kick off your career. But you had triumphed over this situation. Now, what advice would you give the young singers of today facing similar issues?

It is very difficult to give such advice as the way of coping with misadventures is different for each of us, based on the temperament and spiritual strength of each individuals. But, as a general advice, I would say “If you believe in yourself, don’t give up!”.

Is there an effective way to evaluate a good teacher/vocal coach?

When you have the experience I have, I can smell a good or a bad teacher from miles away. But when you are a beginner, you are just “tender flesh” for unscrupulous people to take advantage of you. Mainly, cheating the youngsters in order to take their money. A good teacher is almost like a second father for a student. Rare, but possible.

From the standpoint of your career of 30 years, as one of the top world-class opera singers, with all your experience, can you tell us – What do you think, in the world of opera, are the demands on singers different today than 20-30 years ago?

The business has changed a lot in the last 10 years. There are plenty of new talents out there, but that the young artists are struggling to cope with the business, due to the abnormal speed at what things move nowadays. So fast that they are burning wings way too soon: a huge problem that may result in a near future in not having “leading” artists. Being a leading artist is not only to perform beautifully —after all, beauty is only a point of view—, but to have the guts to carry the flag of a personal style, holding high the pride (and the risk), of having something to say.

We know that back in the day, when you were starting your career at Teatro Colon in Argentina, you were rejected at first. Using the same words you had used in an interview that you were not a prophet in your own home … Do you feel that Argentina’s attitude towards you after all the years of hard work and success on the international scene has changed towards you? Do you feel the satisfaction? When did you first begin to recognize this?

Is there anybody who is prophet in his own land when he is young? I can make you a list with the names of the many good Slovakian singers I know who are not being recognized in your country. Some of them are even cheated by your promoters, by making them work without paying them after… So, no country can cast the first stone! Today, I am accepted by most of the public in my country, while I am pretty much fought back by some of the establish cultural media that still leaves with its head in the past. And it is alright like this: If you are accepted by everybody, it means you are not “moving on”, but just “heating up some old food”. There is no better excuse for the political administration, than saying: “If you, artists, are going to repeat again and again the same old things, then we can perfectly cut down the contributions as there is no need to spend money in recreating what has already been done…

You have learnt the right way of operatic/singing breathing (the one with a sudden intake of breath) from Italian diva Mirella Freni. Did you learn it just by watching her while being on the stage together and figuring out later by yourself, or did she somehow coached/mentor you?

Legendary Mirella Freni never gave me any private lesson. But I have learned from her in the best of ways: Being her partner on stage and watching her amazing technic from a privileged short distance. The best of lessons! 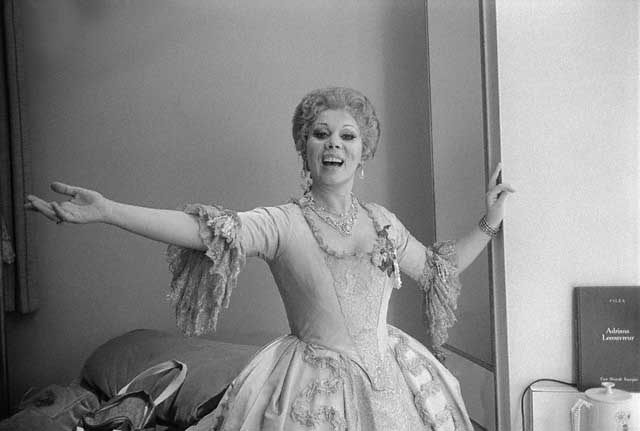 Some years ago it was one of your initiatives to revive almost unknown Puccini’s opera Edgar. What is the story behind you and this opera? When did you first learn about it and why has it appealed to you so much?

In 2008, the Teatro Regio di Torino told me Mrs Simonetta Puccini, the last heir of Giacomo, has decide to make public the manuscript of the 4th act of Edgar. I immediately said I would very much like to be the Edgar in this “world premier”. The fact is that Edgar, in its 1, 2 and 3rd acts, is not a great opera. But the 4th act is an incredible discovery: the germ of almost all Puccini’s operas to come is in this 4th act. I think Puccini himself realized this incredible difference and probably because of that that he decided to “hide” this score: To keep it as a secret that he has inspired most of his upcoming production in this 30’ of music. It is It was a great historical privilege to be the first “full” Edgar ever!

During your last visit of Bratislava in March 2014, as you were signing CD’s and DVD’s for your fans after the concert, you saw a DVD of Edgar – the 4 act version from Torino (with yourself, Amarilli, Nizza, Marco Vratogna), you commented you were not too impressed by this recording/production. What are you displeased with? What could have been done differently?

I was, and I still are, not pleased with the way this DVD was cut, both the images and the music. The recording quality is very good and deserved, considering the historical event, a more careful work. I have never approved this version, sending a long list of things that could be improved. But…

Is there another less-popular opera that you think deserves similar attention and you would love to help promote?

In 1994, I also had the great historical chance of being the tenor in the world premier of the last version of Puccini’s La rondine. So, two great honors within 14 years of distance. Today, however, I don’t feel the industry is anymore interested in this great cultural events. Minute-money is the only thing that moves the world today…

In today’s racing world of digital era, 10 second commercials, youtube videos which give away the whole story in 2 minutes – How can the world of 3 hour operas compete, survive and attract an audience and visitors?

“Intellectual honesty and interpretive sincerity.” You can’t seduce young audiences with affected interpretations only to please the same recalcitrants. Seriousness and innovation: a difficult combination, but a fundamental one if we don’t want to end without an audience.

What stands out the most to you in the world of music in the past year?

As a personal experience, the pick of my year has been to conduct Mahler’s Second Symphony for the first time. I simply cannot wait to repeat such an “extraterrestrial experience” again and soon!

If tonight were the last night in your career for you to conduct (opera), for whatever reason, which title would you choose?

To finish my conducting life by leading for the last time “Bach Mass in Si minore”, would be the most magical adieu for me.

And, if it were your last night as a singer, what role would you choose to sing and why?

I would like to finish my singer’s life with Pagliacci: ,,Remember I that I have never been this mask, but the man behind it!”.

Thank You very much.