You are at:Home»Publicistika»Rozhovory»José Cura: If Verdi no longer had anything to say to us, we wouldn´t perform his operas
Ľudovít Vongrej | 1. apríla 2012 Rozhovory, Sezóna 2011/2012

Famous opera singer Jose Cura, in an interview for the Opera Slovakia website, speaks about the role of Othello from Verdi´s opera of the same name. He performed the role in the Slovak National Theater at the beginning of this year. As well about speaking about Verdi´s music, Cura tells us about art and his plans for the future.

The role of Othello is understood in operatic literature as a very special character with a demanding specific approach from the performer. Could you please tell us, who is the real Othello?

I think nobody can tell who is the REAL Othello, simply because the reason for a immense character to remain such after 500 years, is that the last word about him has yet to be said.

It is probably this fact of being a “huge character, with a complicated psychology”, the one that works as a “filter” for non-up-to-the-task performers. That is to say, one thing is to “just” sing Othello (already a challenge in itself), and another one is to “portray” it. This condition of having “to be” a character —and not only to sing it—, is what modern opera should be and not what a certain snobbism pretends modern opera is. Coming back to Verdi, Othello is not “belcanto”. Verdi altogether is not belcanto. “My operas are melodramma” he repeatedly shouted to the world and still does through his letters. But, after more than 100 years, many don’t want to hear, afraid that their wrong Verdi dogma collapses due its own lack of a solid basement. It is incredible that this misguided Verdi’s doctrine, created more than 50 years ago by some self-called musicologists is still fashionable under the light of the many things we nowadays now about Verdi.

How did you associate with the role? Did you approach it from any specific psychological aspect? How did you build a relationship between your insight and Othello’s?

First of all, it is important to agree that we are NOT talking about a “hero”, but about an apostate (he rejected his Muslim faith to embrace Christianity in order have a political future in Venice) a betrayer (he accepted to fight and kill the Muslims), a coward (he violently mistreats his wife and kills her) and a mercenary, engaged for money, a professional killer. Because I don’t resemble to Othello in any of his facets, I cannot “associate” as you say, but have to use my capacity of observing, studying and reproducing feelings I have never experienced in my life in order to convey the character’s psychology.

A Muslim converted to the Christians who shouts “Rejoice, I have killed the Muslims!”, does not sound too heroic for me…

On the other hand there is also a picture of Othello portrayed as very sensitive character with pure and deep love to his beloved women. How would you describe Othello distinct personalities? The Othello being portrayed as the strong and powerful man with the contrast to his sensitive and loving character, does not this evoke a sense of disunity of Othello character?

Who said that strength and authority cannot go together with passion and sensitivity? On the contrary, is this complicate personality that makes the character so interesting. Othello, the great commander, collapses of fear (reflected in an episode of post-traumatic syndrome), remembering the battle when he is alone with his wife, for example.

Naturally, during a career a performer builds up his knowledge and professional experiences. The different approach of the younger performer in comparison to the approach of the experienced performer in later phase of his career can be crucial in the association with the role. You have performed Othello for almost 15 years, is there something you have changed in terms of approach to the role, or its realization?

When I started portraying Othello, my hair was dark and I had to treat it with white make-up in order to look older. Today, the white paint is not necessary anymore: take your conclusions…

Why did Othello kill Desdemona? Was the murder of Desdemona part of ritual, or it was result of his frustration and hurt feelings?

It is a long analysis and this is not the place for it. Quickly said, on one hand we have Othello’s need of using the “excuse” of a “ritual” as an alibi to explain to himself the brutality he was about to commit, and on the other one, we have Desdemona’s psychological dependency that moves her to accept the violence with no resistance…

Why is the role of Othello very close to your heart?

Othello is not “close to my heart” in the romantic sense of the phrase, because I don’t identify with the negative side of the character, but it is a super vehicle for a singer-actor to be on stage with, comparable to conducting Beethoven’s 9th or Bach’s Sib Mass: things that have marked me as a human-being as much as a musician.

How would you rate the music of Verdi? Does his music still have something to say to nowadays listener? What do you think makes Verdi music still very popular? Do you think Verdi’s music was more fashionable in his days than nowadays?

If Verdi wouldn’t have anything more to say, we would not be performing him anymore. The problem is: are we listening to what Verdi wants to say or are we still thinking that what a certain operatic “intelligentzia” preaches about Verdi, is the only truth? If so, then Verdi has nothing more to say because, by keeping him in chloroform, we are only insisting in what was “already said…”.

What is the main aspect in correct interpretation of Verdi’s music? Does Verdi music have any specifics, peculiarities, for example music color or music language?

Attachment to the text, phrasing and accents and not fear to deform your sound in order to convey the drama. I will not insist enough: READ VERDI’S LETTERS!!! and stop listening to the “false- Verdi-priests” that has been surrounding us since Verdi’s time. Verdi himself never stopped fighting against them.

What can distract or deteriorate music of Verdi in terms of Opera production, stage setting, and choreography?

To do the opposite to what I said in the previous answer.

From my personal experience I can say that your performance of Othello in Bratislava was an excellent contribution to the Slovak National theatre. Through the music and your performance you have been able to artistically discuss the poetic message of the work. Many young interpreters, singers are keen to achieve what you have achieved in your career as widely known and highly respected singer. Is there any recipe for a successful career as a professional and widely known singer?

To say it with Oscar Wilde: “Be yourself; everybody else is already taken…”

Nowadays many of the professional singers are keen to accept everything they come along to. Understandably everyone have to make living. Do you think if the singer choice of repertoire they want to performer was conditioned upon their pure interest and preferences and not only money matters would that have an effect on their performance? How do you see the situation in nowadays opera houses regarding their repertoire choices, production, etc?

It is a long and very complicated subject. Of course, without the pressure of having to work to earn your living, one has a more relaxed approach to the choice of roles. But then, because we are always doing the same 30 to 40 titles (due to the fear of box office failure) the possibilities are restrained. On top of that, most of the public leaves in the memory of the past, wanting their “new singers” to sound like the old ones. Myself, still today, I am sometimes criticized for not doing Othello like this or that singer who lived 50 and more years ago. It is as if you criticize a contemporary actor for not acting, let’s say, like Erol Flynn. Things have moved on and nobody would dream in acting like an actor of the past, even if a great one, because our social reality is so different that it would be funny, more than good. Opera has still to do it’s revolution. 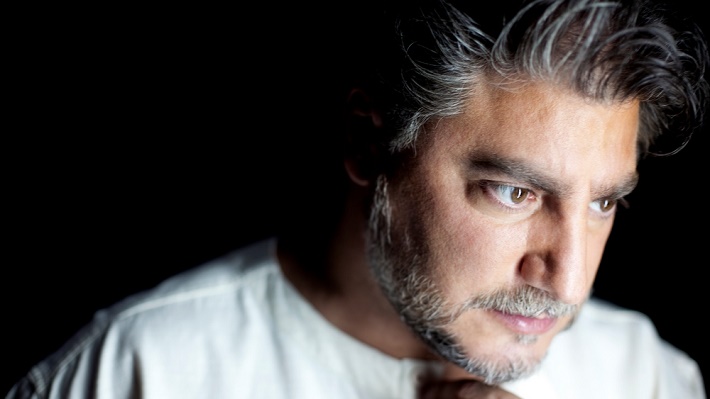 What is your opinion the specific vocal characteristics and voice qualities of the performer in terms of diversity of the roles a performer had to associate with?

If you have a little sound, you cannot fight agains a big orchestra and if you have a big sound, you cannot produce the necessary nuances of a delicate opera. In between this, there are a lot of clichés that have nothing to do with style, but with tradition or, even worse, with temporary fashion… Massenet wrote the role of Werther for Jan de Reske, a wagnerian tenor, but today, if you don’t cast a light type of singer for the role, you are wrong… And this is only one example among many.

What are you plans in the future?

We are living a very difficult time. Nobody knows for sure what is going to happen in the next years, so, planning has become a very daring thing… What I will for sure do, regardless of where the events will take me, is working hard to become a better artist every day. Hopefully publishing my books (one of them is dedicated to Othello, by the way), and praying to get old in a healthy way to be able to enjoy the fruits of so many years of sacrifices. As you can see, nothing special, just the
same old wish all men around my age have…

My collaboration with the Slovak National Theatre has been very smooth and professional. Everybody, members of the ensemble, choir, orchestra and back stage people (make-up artists, dressers, stage hands) are great professionals, with lots of experience. I hope this is only the beginning of a future relationship. I would love to direct an opera in your country or to conduct the great Slovak musicians one day.